Welcome to the month of July!

May your greatest desire come through in this month.

The month of July is a month of reckoning in that it is the beginning of another phase within one year as it directly divides the year into two equal halves ~ (January -June & July – December). It usually is a month that reviews and assessments are done and new year resolutions are revisited and reviewed. Historically, the month of July was named after Julius Caesar from the word – “Julius”. He was a great soldier and general who became the first emperor of the Roman empire. The month was named after him because his birthday was in the 12th of the month.

While the 2015 rolls on, what lies ahead is more than what has passed. There are many more days ahead than the days that are gone. Since yesterday is gone, there is another opportunity called today and a hopeful one called tomorrow! The 2015 that we awaited in 2014 has come and it’s fast rounding up. 184 days swiftly gone with 181 days to go and sooner than imagined, the cycle of a whole year will soon be over heralding another year.

The year might not have gone in the exact direction you have always wanted or at the speed you wanted but then you still have another opportunity to try again another day. On your life goals, career, vocation, relationships, business – Try again! Plan again, Act again and again!

~ Review
~ Restrategise
~ Refocus
~ Realign
~ Reenergise
~ Reschedule
~ Refire
And the list of words goes on and on. . .
For all these terminologies, one phrase that can describe all the words is to simply put ~ “Try again” 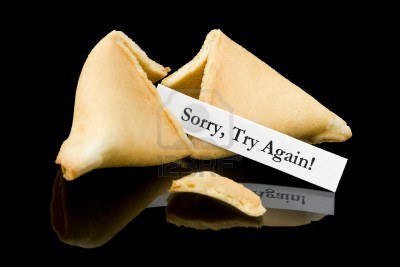 How to live before you die ~ Tribute to Dr. Myles Munroe

Get the latest Posts and  Opportunities straight to your inbox. Enter your name and email below

Get the latest Posts and  Opportunities straight to your inbox

Stay updated with all latest updates,upcoming events, opportunities & much more.